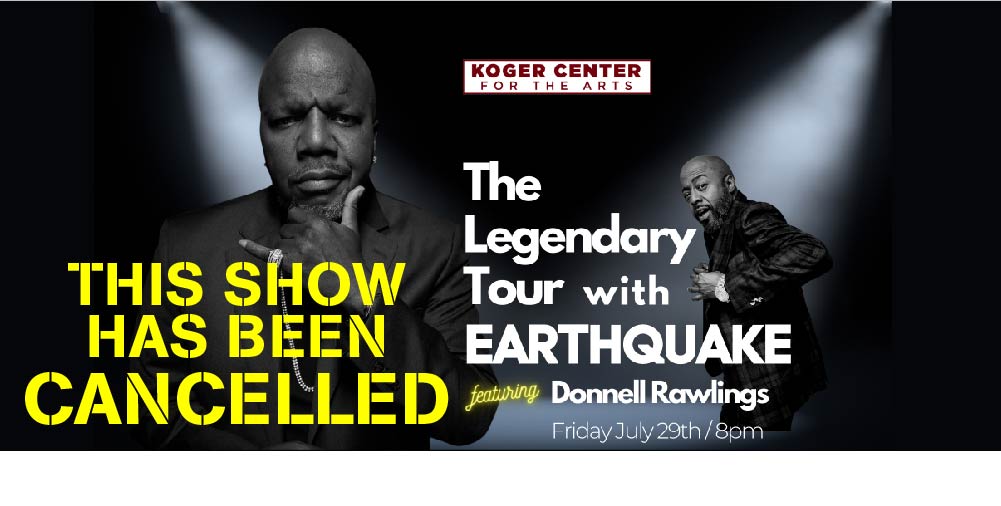 CANCELLED The Legendary Tour with Earthquake featuring Donnell Rawlings
Friday, July 29, 2022 • 8:00 p.m.
We regret to announce that the performance of
The Legendary Tour
with EARTHQUAKE
has been cancelled due to
circumstances beyond our control.
If you purchased tickets using a credit card, a refund has been issued to that credit card.

Comedian, actor and voice-artist Earthquake made his way into the households and hearts of his loyal fanbase in the 90's at the height of television programming for the urban comedian. Shows like BET's Comic View, HBO's Def Comedy Jam, glimpses of Laffapalooza and Shaq's Comedy Allstars became fan favorites. Earthquake's DVD collection of comedy specials made him the stand-out comedic talent of that era. Those specials include, About Got Damm Time, Walter Latham Presents, From the Outhouse to the Whitehouse and These Ain't Jokes for Showtime. As a result, his presence on the comedy circuit added a relatable and celebrated point of view that resonated with thousands of fans, and he found his sweet spot-on numerous tours and club dates. Never leaving a fan disappointed, 'Quake' (as he is affectionately known), quickly became a closer or multi-headliner fixture on some of the biggest tours in the country.